Enter Into Our World Network

For our God reigns and none can stand against Him.

Lift up holy hands to Heaven and praise with a mighty voice the name of Jesus and the God of our salvation. None can stand in His presence but must fall before Him. His enemies are powerless to stop His will and purpose being done on the earth. So rouse as one in the great battle for the souls of men in this earth and in the name of Jesus snatch them from destruction and the fires of Hell. For the Lion will roar and the Eagle will rise up and the victory is assured


The message as reported on the Catch the Fire Ministries Website 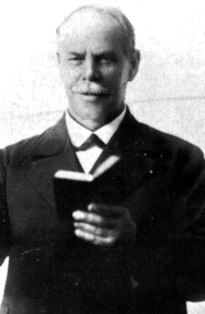 Over the last weekend Pr Daniel ministered at a Four Square Gospel Church and an AOG church in Sydney, Australia where more than 400 people in all attended the 4 revival services.

The Spirit of God moved mightily at every service, with many receiving a fresh touch and supernatural encounter from the awesome presence of the Lord Jesus Christ!

I am sure many of you have heard, that at the beginning of the 20th century, Smith Wigglesworth prophesied about Australia’s mighty revival and how God will use Australia to impact the nations.

3 years ago Pr Daniel ministered at the same AOG church in Sydney, where he just preached over the weekend. The Senior Pastor of this church was Pr Norm Armstrong, who is now 95 years old. Pr Daniel feels that now is the time to share what happened at that meeting 3 years ago.

As Pr Norm got up to introduce Pr Daniel to preach to the congregation, he suddenly came under a great anointing of the Holy Spirit, and started sharing about what happened when he was a young boy.

I was only a very young boy when my Dad told me one day that a man called Smith Wigglesworth was coming to minister in our home, and that he was a mighty man of God. We were all very excited. The day came, and our house was packed out with people. I wanted to get a good look at him and the only place was the toilet seat, so I went in there to watch him preach.

Suddenly, Smith stopped preaching and told me (Pr Norm) to come out of the toilet. Then he laid hands on me and started prophesying over me.” He said, “Australia you have been chosen by God for a great move of the Holy Spirit. This move of God will be the greatest move of God ever known in mankind’s history and will start towards the end of the 20th century and move into the 21st century. This move of God will start a great revival in Australia, spread throughout the whole world and usher in the second coming of Jesus. This will be the final revival before the coming of the Lord.

God will rise up a man in Australia who will lead this move of God under the anointing of the Holy Spirit. This man will bow down to no one other than God. He will have tremendous favour in the nation of Australia.

My son, my (Smith Wigglesworth) eyes will not see this man, but you (Pr Norm Armstrong) will meet this man before you go to be with the Lord. Now I will lay hands on you and pass on the mantle of God for this great mission. When you see this man place your hands on him and prepare him for this mission and pass on this mantle.”

Then Pr Norm Armstrong turned and looked at Pr Daniel Nalliah and said, “You are that man I have been waiting for so many years, come here.”

Pr Daniel stated, “I was so excited to hear the Word of the Lord from Smith Wigglesworth as  I was so longing to meet someone who could confirm it. I was absolutely shocked when Pr Norm called me out. I fell on my knees and started sobbing and crying in the presence of God as the presence of God was so amazing at that moment.”

Then Pr Norm laid hands on Pr Daniel and passed on the mantle as instructed by Smith Wigglesworth. He then lifted his hands up to heaven and said, “I am now ready to come home.”

Pr Daniel stated, “From that day onwards we have seen an amazing wave of healings and miracles in our ministry. It was so good to be back at the church where I received this great prophetic word from a true soldier in the army of God.

I pray, Lord please help me to fulfil this great commission. I honestly don’t feel worthy of this honour. Often I think, Who am I? I am a simple donkey for Jesus. I am so happy to carry Him wherever He wants to go. Lord Jesus, let your will be done. I am willing to go all the way. No turning back.

Please pray for me and my family that we will stay humble, but bold to carry out this great commission in the name of Jesus for our nation Australia and the nations of the world.

On Sunday the 16th of Oct 2011 after preaching at this same church,  I thanked all the people of God, including Pr Norm, Pr Ruth and the leadership for giving me the opportunity to minister and also for the word I received from Pr Norm. I was so very encouraged as many people remembered the prophetic word.”

Let’s unite together as the Body of Christ to Rise Up Australia and the Nations of the World to Catch the Fire of the Holy Spirit before the 2nd Coming of our reigning King of kings and LORD of lords!

Comments that I left on the Catch the Fire website by Pastor John Brumby.

We must remember that we need to fulfill the call of God on our lives, there are many examples in the Bible of those who did and those who did not. There are so many temptations, side tracks and the pressure of opposition even from our brothers and sisters in Christ that would accuse us that we had it all wrong for this reason or that, or that we were proud and arrogant and not called, or even that we were or are just nothing but a wolf in sheep’s clothing set on causing trouble. So revival tarries because we as a people fail to be ready for it and or actually stop it believing that we are serving God in what we do. So we need to hear what the Spirit is saying to the churches and fully act on His commands. Judgment starts with the house of God. Often this judgment occurs just before the revival fires burn. Are we ready to be judged and cleansed again so that we run with the Holy Spirit in spreading that fire of revival?

In the Bible John wrote that we are in the last hour. So today we are still in that last hour because God has put back the hands of the clock to stay for now in that last hour. Therefore we must work now because the time is coming when the night comes when nobody can work. John the Baptist was claimed by Jesus to be the greatest of all the prophets because he was the one to herald in the coming King, Jesus Christ in person. Yet the least in the Kingdom of Heaven is greater than he. John the Baptist was to doubt that Jesus was the one that was promised by God and had messengers go and ask Jesus whether He was or not. Jesus assured him that He was by what He was doing. John was not given to understand what Jesus had come to do in His first advent and needing to come again in a second advent. Now true believers even the least in the Kingdom of Heaven do not doubt who Jesus is and what He has come to do and that He is coming again in glory. But now we see through a glass darkly and all prophesy is in part. It has been explained that if we are watching a parade in a town that from our advantage point we can only see part of that parade bit by bit, but if we were in a helicopter in the right place we could see the whole parade from the beginning to the end. When Satan took Jesus up into a very high mountain that Jesus could see all the kingdoms of the earth at a glance, then that mountain was a place way above the earth for that to happen, by contrast God who sits in Heaven can see all of creation from its beginning to its end all the way from and to eternity. So when Danny was called by God to begin the last great revival through a prophesy first given to Smith Wigglesworth concerning Australia and its place in revival it was only one of many prophesies at that time that show that others all over the world were being called to lead in that revival before Christ comes the second time. It is like the Church being called as a John the Baptist to herald in the coming King for His eternal reign on earth. So things do not work out exactly as we would expect them to take place because our advantage point is limited to that which we can see, not like God’s advantage point complete in everything. So are we ready today while it is today in this last hour to fulfil God’s highest calling on our lives, and are we also ready to not stop that same highest calling be fulfilled in the lives of others?